skip to main | skip to sidebar

There is several reasons what brought about swing, and everyone has told the same old stuff. Yet there is something else others have missed.

The Old South, before the era of Jim Crow, was the actual birth place of this movement. There are other posts coming about this, nevertheless, these two points must be made made now.

Charles Lindburgh-of all people! When a New Times reporter reported upon what some were saying at the Savoy Ballroom about what was in, one labled the existing dance as the Lindy. This sent shock waves thoughout most of the dancers ( mostly black ) nation wide to jazz at that time. Anotherwords a white established press, gave their dance movement a white man's name who never dance either to the Jazz nor was ever interested. On one comment, in Germany as Hitler's guest, Lindburgh commented " that it was trashy, and would never be interested in dancing to it." I ran across this while studying the Holocaust.

Two, and according to the Hollywood fan Magazines of the time.

Mickey Rooney, and Judy Garland was labeled as the Lindy King and Queen of America during the30s-40s. This was the final straw, and witnessed less and less black participation in the dance their culture created. Unfortunate too as they knew the dance coaches for both Mickey and Judy were black.

Iin places like Selma, Montgomery, Atlanta, and Macon, these are the roots. What happened is that Jim Crow created flight to the North, and cities like Chicago, St Louis, Cleveland, Buffalo ( Shuffle off to Buffalo - remember the song, well it had a dance movement too ), especially Detroit ( where the real masters were hopping ), and New York saw the various moves creatively combining for the first time. This saw, for example a move from Selma being " classed " ( jargon at that time ) by another move from Jonesboro-creative mixing set in, and nothing even close to the likes of a Lindy.

Roger M. Christian
Posted by Ithaca Night Life, NY at 11:49 AM No comments: 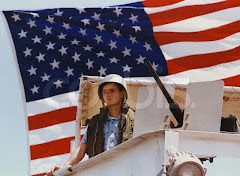